A couple of years ago, Corey Haugan’s parents bought acreage just south of Mabana on Camano Island and this past summer, he annexed a back room and his parent’s shop and started brewing delicious hard cider.

Corey is not new to cider. He helped own and operate Grizzly Ciderworks in Woodinville, which started in 2012. The business had grown fast and after dissolve meant of his partnership, his desire to make cider only grew. Now, with his younger brothers Kelly and Keenan, they’re focusing on concocting unique ciders at this Camano Island location. 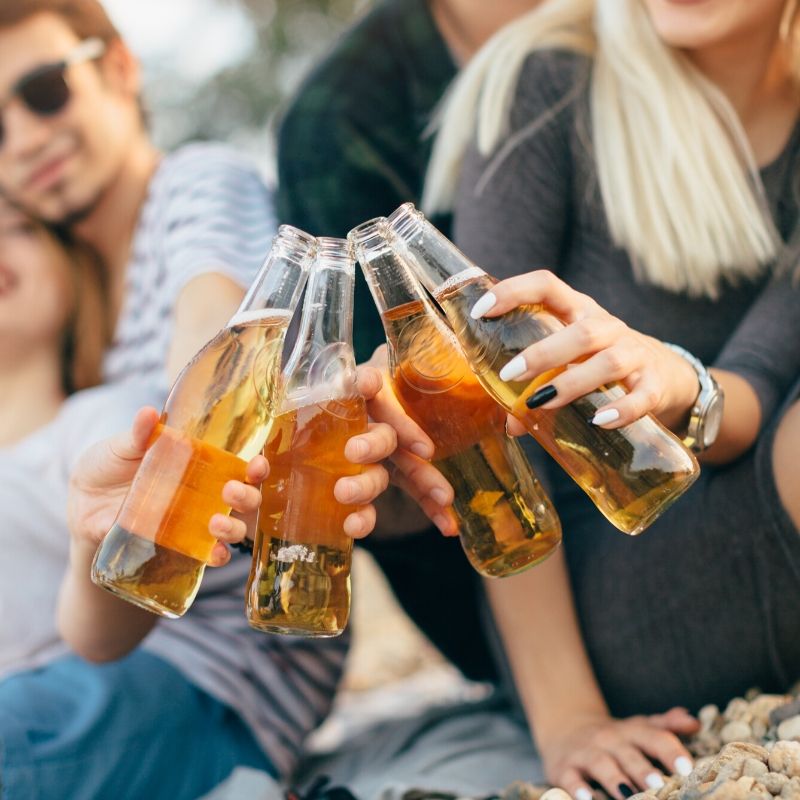 Aptly named Camano Cider, Corey focuses on making something special for the Camano Island and Stanwood area. This married father of three young girls lives and works full-time in Seattle is a social media manager for Puget Sound energy but on the weekends, all of his focus turns north to his cider works.

When Camano Cider opened, Corey offered a tayberry and rosehips cider, lavender cider, blackberry cider, and a fresh-hopped cider, all with the crisp apple base. All of these ingredients come from local farms such as Bow Hill, Khristopherson, Cedar Dale Orchards in Mount Vernon, and Schuh. This blend of apples allows Corey to mix in his own concoctions and currently has 2 30-gallon tanks that can make 60 to 90 gallons a month or about 8 to 12 kegs.

So where can you find Corey now?

His ciders are currently on tap at Elger Bay, Tapped Camano, and SAAL Brewing in Stanwood. Well, ciders tend to be creative, it’s the flexibility that has made cider difficult to catch on nationally. However, over the past four years, the number of cider Rees has double across the country the term “craft cider” hasn’t really got Main Street just yet and people search for online craft Beer 50 times more than cider. But Corey is out to change that, at least in his little part of the world on Camano Island. His goal is to create a place to enjoy a cider, a fun place to hang out and meet with locals, neighbors, and friends. [Source]

We’ll stay tuned to your progress Corey and good luck.